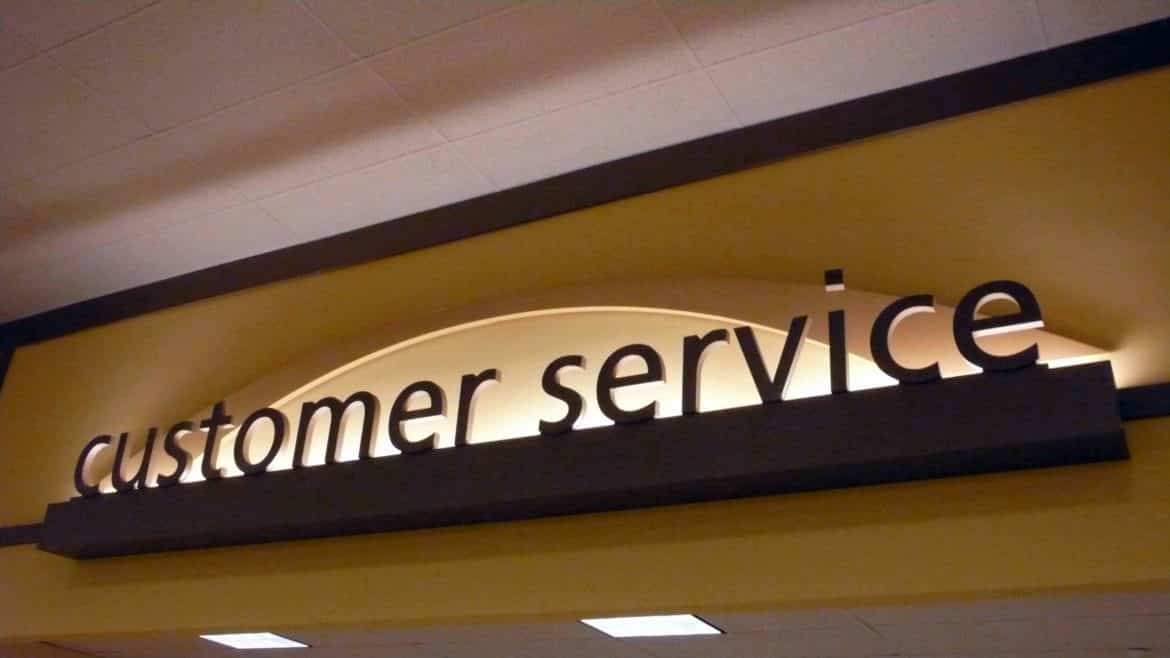 Whether good or bad, one of the things I hate doing in stores is asking technical questions of customer service people… especially in “big box” stores. Don’t get me wrong, this isn’t saying that all of them don’t know the answer. I have just found that more often than not, they have a similar understanding that I do. This is why I LOVE the idea of social media customer service. Connecting to a person who has the entire Internet in-front of them as well as any number of technical service manuals or other helpful tools to answer my question at a moments notice. This past week in a few different interactions I was reminded of how far social media customer service has come as well as how far it has to go.

I spent a lot of time in Home Depot and Lowe’s over the last week repairing some bad plumbing in our kitchen. As part of that repair, I decided to finally upgrade my sink, disposal, and faucet. Since we have a portable dishwasher that needs to hookup to the faucet, it can make looking for a faucet tricky as many are not designed for it. I did a lot of research before going and pinged Moen on their Twitter account to see if there was an adapter for the one I wanted. A few hours later they responded with the answer I needed, albeit not the one I was hoping for. It was still a somewhat timely answer for my request, though. 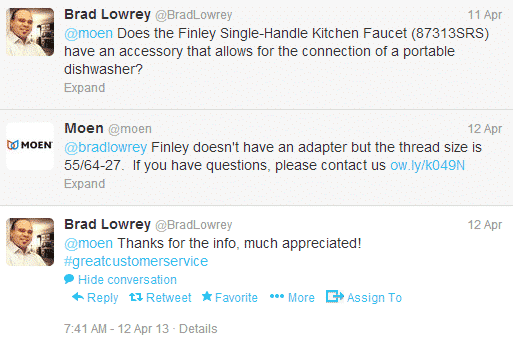 I decided after a little more research that I would look at couple of faucets at Lowe’s. While there, I saw a Delta faucet I thought would work but there wasn’t any information on adapters for portable dishwashers. Since I didn’t want to buy one, get it home, and find that it wouldn’t work, I thought I would try my luck reaching out to Delta and Lowe’s to see if they had the answer. I made the tweet sound a little urgent with “Standing in the store” hoping to increase my chances of a response. A little while after sending them I received an answer from both companies… neither very helpful as I wanted an answer right then.

It was nice to see that Lowe’s was tracking the request, they were listening, and there was an adapter available, but an email wasn’t going to help me in the store. Delta’s answer for sure wasn’t going to help. It was a Friday night, what good would an answer be on Monday? I needed a faucet then.

This is an example of how I think a lot of companies that are on social end up reacting to their customers. The are really good at broadcasting out messages but sometimes miss the whole point of the immediate customer service side of social media. To me personally, if you are a consumer brand and are going to be active on social media, you must think about the customer first and your messaging second. From being the sole community manager for a consumer brand, I know it isn’t fun having to be at the ready 24/7 but, in my opinion, that’s what you have to do to be the most effective.

To their credit I was able to figure out there was an adapter available for the faucet off of the Delta website because of the free WiFi my Lowe’s store had in it (by far one of my favorite upgrades for both them and Home Depot). Jessica from Delta also did get back with me first thing on Monday. By that time, though, I had already found my answer and the faucet and sink were installed. 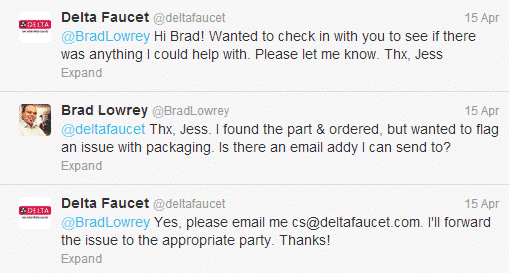 Did this experience change my opinion of Lowe’s and Delta? Not really. A big issue I had with some errors in the faucet packing resulting in four visits to Lowe’s may have sullied my opinion of Delta a bit. I’d probably consider a faucet from them in the future sometime and it certainly won’t be the last time I go to Lowe’s. That said, if instead of a mediocre social media customer service experience, if I had a great one, it could have made a customer for life or the message of a good experience extended out into my network.

This whole experience hasn’t deterred me from trying to reach out as well. As I type this, I’m sitting on a plane headed for the iStrategy Conference in Miami on board an American Airlines flight. Given the US government sequester, I was a little worried about my flight being delayed. American Airlines was quick to reassure me that they were running on time and indeed they were. There is still hope for social media customer service yet!

For some tips on social media customer service, click to read an article on it from Marketing Profs.

What Employers are Looking For in Your Social Media Profiles [Infographic]