Six weeks ago, my wife and I welcomed into the world our third son. Having a new baby has thrown me back into a now familiar routine of subscribing to different resources — such as coupon programs for baby items — and it is still clear that marketers for baby products still do not know how to talk to modern dads.

Next week, in the US, is one of my favorite holidays… Thanksgiving! In my opinion, there are just so many great things about Thanksgiving. A gathering with friends and family that doesn’t involve the pressure of gifts. A day that helps realign priorities to being thankful for everything we have before heading into the crazy holiday season. The weather is cold, but no real danger of ice and snow. Football on the TV and, of course, the great food!

It’s November. Summer and most of the fall are gone and this mean two things here in Detroit. First, it is going to start getting really cold around her pretty quick. The second, is that at least one or two radio stations in the area will start playing Christmas music non-stop.

Whether good or bad, one of the things I hate doing in stores is asking technical questions of customer service people… especially in “big box” stores. Don’t get me wrong, this isn’t saying that all of them don’t know the answer. I have just found that more often than not, they have a similar understanding that I do. This is why I LOVE the idea of social media customer service. Connecting to a person who has the entire Internet in-front of them as well as any number of technical service manuals or other helpful tools to answer my question at a moments notice. This past week in a few different interactions I was reminded of how far social media customer service has come as well as how far it has to go.

What Employers are Looking For in Your Social Media Profiles [Infographic]

Something that I am always talking to my students about is how important it is to have a good, complete, and locked up social media presence when beginning their job searches. It is of course, not only critical that they be present on different platforms in different ways, but also the types of content and people they appear to be. Online Colleges recently released an infographic that helps to outline how job seekers and employers are connecting online as well as what those employers are looking for.

END_OF_DOCUMENT_TOKEN_TO_BE_REPLACED
What Employers are Looking For in Your Social Media Profiles [Infographic] was last modified: January 28th, 2017 by br4df0rdl0wr3y

Google Drive vs Dropbox | Battle of Privacy in the Cloud?

I don’t generally trust free Internet services. While I use things like Google services and a lot of social media, I always plan for those services to change or be gone. Online storage services like Dropbox, iCloud, and even YouSendIt bring the whole privacy issue to a new level as you are not just consciously posting items that your friends or the public may see but you are posting actual files. These files could be personal. They could be client files for your business. Do you know what your privacy rights are under these services? Google Drive came out today and you might be surprised what the terms of use are.

END_OF_DOCUMENT_TOKEN_TO_BE_REPLACED
Google Drive vs Dropbox | Battle of Privacy in the Cloud? was last modified: January 28th, 2017 by br4df0rdl0wr3y

For months now there have been rumors floating around that 2012 would be the year of the Facebook IPO (initial public offering). While many users and would-be investors are chomping at the bit for their chance to own part of one of the largest social networks on the planet, others (me included) are a little skeptical. This hesitation or “wait and see” attitude is caused in large by the disappointing IPOs for other companies like Pandora, Zynga, and Groupon in 2011.

Facebook and social media have been called tools of “mass distraction”. It is a common assumption that things like social media and the Internet distract people and students from the work they need to do. But is that true? A new study is out that could make you think otherwise!

END_OF_DOCUMENT_TOKEN_TO_BE_REPLACED
The Truth About Facebook and Grades was last modified: January 28th, 2017 by br4df0rdl0wr3y

Thank you, Steve Jobs, for the inspiration

Death is something that is somewhat a foreign concept to me. I have a fairly small family that isn’t really close to each other. Throughout my now 31 years of life when family members have died, I was never really affected because I frankly didn’t know them at all. Of all the funerals that I have been to in my life (a whole 6 or 7) only one was for a family member and I was too young to even process what was going on. The rest I have gone to in support a friend or my wife. Given this, I have a weird detachment from death and, depending on who you talk to, a very unconcerned or unemotional response to it. This is why I was really surprised today when I found myself genuinely sad when thinking about the death of Steve Jobs. Especially since I have never met or even seen him in person.

As I was trying to figure out why I ran through several possibilities. The biggest is that I am almost the quintessential Apple “fanboy”. I remember using Macintosh computers back in elementary and middle school. Typing my first class papers on them. I remember falling in love with Final Cut Pro back in April of 1999 and OS 9 later that year. I remember being super excited waiting for the UPS delivery guy when my first ever PowerMac was delivered in 2001 (a Quicksilver which still runs and is sitting on a shelf behind me). I remember being at NAB 2007 and dragging my co-workers to the Apple reveal of Final Cut Studio 2. I type this post using my iMac, Apple TrackPad, and wireless Apple keyboard. In a backpack next to me is my MacBook Pro and iPad. The network in my house is controlled by an Apple Airport and my wife is watching a video on her MacBook. There is not a day that doesn’t go by that I use an Apple device in some way, shape, or form. As I thought about it, though, this wasn’t the reason because while Steve Jobs gets the credit for Apple innovations, there are over 40,000 people that work for the company. There are many engineers, designers, and developers at Apple who are the true champions of these products. It was in this thought, though, where I realized why I was sad.

“Your time is limited, so don’t waste it living someone else’s life. Don’t be trapped by dogma, which is living with the results of other people’s thinking. Don’t let the noise of other’s opinions drown out your inner voice. And most important, have the courage to follow your heart and intuition. They somehow already know what you truly want to become. Everything else is secondary.” ~ Steve Jobs

It is the job of a CEO to set the tone, direction, and vision for a company. It was Steve Jobs’ ideas, hopes, dreams, and vision that made Apple the company it was today. It was Steve Jobs’ dedication to outside-of-the-box thinking, consistent improvement, and the desire to change the world that allowed a corporate culture where amazing products were created. I am sad at the loss of Steve Jobs, not because I think of all the products his company made. I am sad at his death because someone that I looked up to as a visionary business leader, a dynamic speaker, and the type of passionate creative that I aspire to be is gone.

“Remembering that I’ll be dead soon is the most important tool I’ve ever encountered to help me make the big choices in life. Because almost everything — all external expectations, all pride, all fear of embarrassment or failure — these things just fall away in the face of death, leaving only what is truly important. Remembering that you are going to die is the best way I know to avoid the trap of thinking you have something to lose. You are already naked. There is no reason not to follow your heart. … Stay hungry. Stay foolish.” ~ Steve Jobs

Mr. Jobs, I never had a chance to meet you, but I hope if I had, I would have been able to say thank you. Not thank you for the products your company has made, but thank you for being an inspiration. From your messages, quotes, and presentations, I have learned a lot. I hope that one day I will have an opportunity to be a visionary leader as you were and that I will always be able to summon the courage to live by the same motto you did, “Stay hungry. Stay foolish.” Thank you, Steve Jobs, for the inspiration. 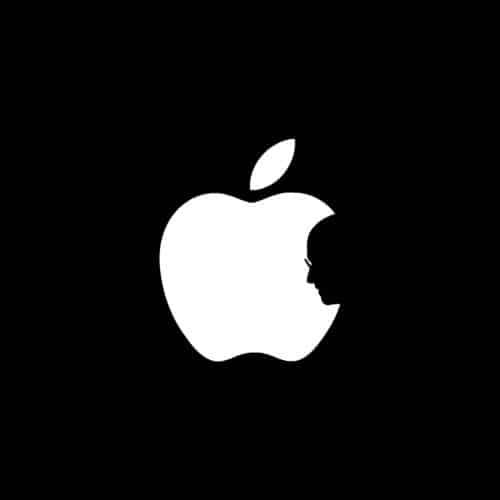 “Here’s to the crazy ones, the misfits, the rebels, the troublemakers, the round pegs in the square holes … the ones who see things differently — they’re not fond of rules, and they have no respect for the status quo. … You can quote them, disagree with them, glorify or vilify them, but the only thing you can’t do is ignore them because they change things. … They push the human race forward, and while some may see them as the crazy ones, we see genius, because the people who are crazy enough to think that they can change the world, are the ones who do.” ~ Steve Jobs